Russia will answer American sanctions over Ukraine by Putin launching a cyber attack on America. There is investment opportunity for anyone ready to fight back. Vladimir Putin and Joseph Stalin are both political sharks. They do anything to get into power, to stay in power, and to expand their power.

They also have a Kasparov steak to them when it comes to the geopolitical chessboard.

It looks like the world will have Russia, Ukraine, and Putin in checkmate in a few moves. But don't underestimate your adversary. Right when it looks like it's over, he could pull off a move that can have you in check.

Is that possible? What can Putin do to turn the tables on the sanctions suffocating his economy?

Russia is fighting two wars right now: A military one with Ukraine and a cold war with the rest of the world. To counter the nonmilitary advance of western sanctions, Putin needs something that is equally devastating and just as indirect.

It's also something Russia is infamous for: A Cyber attack on America.

A cyber attack on America is enough to make the west feel the sting of a hit on their economy while keeping the international tit for tat low level enough to keep the war cold beyond the borders of Ukraine.

Russian hackers are among the best in the world. They are trained and sponsored by the government. National and Military intelligence provide the hackers with all they need to launch assaults on systems throughout the world.

Putin can attack infrastructure in Europe and America. He can attack global companies, especially ones like McDonalds and Coca Cola which exited Russia in protest right after the invasion.

If he were to bring down a major platform like Facebook or Google, even if just for a few hours, he could inflict real damage on every citizen in the western world.

Such moves would not be without precedent.

Last May, a hack on Colonial Pipeline, and American oil pipeline system, led to a paralysis in gasoline and jet fuel throughout the southeastern United States. The ransomware attack lasted five days and shut down over 10,000 gas stations. Every American wound up paying 6% more for gas.

Such an attack would be worse. America is getting squeezed by price inflation and supply shortages. Any further supply squeeze could send prices even higher and prolong an inflation policymakers are betting on coming to an end.

Russia also has a history attacking Ukrainian servers, only for those attacks to create shockwaves that ultimately bring down European and American systems.

The 2017 Sandworm attack, believed to be orchestrated by the GRU, or Russian Military Intelligence, caused over $10 billion in damage worldwide.

Why Hasn't Russia Brought Down Ukraine?

Over the past decade, Russia has used Ukraine as it's guinea pig for all their cyber assaults.

Prior to the invasion, Russia had attacked Ukrainian banks, government websites and private sector to terrorize the population into letting them roll into Kyiv without resistance.

The question remains, why hasn't Russia disabled all critical digital infrastructure in Ukraine?

One answer may be they intend to occupy the country so they want as much of it's ability to create wealth to stay intact. Another might be they don't want to go too far so as not to trigger another response by America and the west.

There is also a theory that after scores of cyber attacks on Ukraine over the last decade, they learned how to neutralize the threat. After a particularly nasty attack that brought down their electric utilities, the Ukrainians learned to add a manual override to any system controlled by a computer.

The last attack on Ukraine's electrical grid put the system down for a few hours, as long as it took for technicians to arrive on site and flip a few switches.

Will a Cyber Attack from Russia Lead to World War III?

Putin can retaliate by hitting points of intersection in the private sector that do no direct damage, but create enough collateral damage where the shockwave could be more devastating than a Kinzhal missile.

The Colonial Pipeline hack is a good example. No critical infrastructure was hit. The damage was felt for days, then ended. But the price hikes stuck. Thousands of gas stations lost money. Russia doesn't need to implement Cybergeddon, they just need to find a few pressure points in the US economy and launch specific targeted attacks.

An incursion on logistics centers at any American port can disrupt an already vulnerable supply crunch putting upward pressure on inflation. Such an attack is classic Cold War II, it's enough to do damage, but not enough to trigger a military retaliation.

According to the FBI, at least 23 U.S. companies in sectors, such as defense, financial services, and energy. Are being subjected to added scrutiny by bots that can be tracked to Russia. Russian hackers are doing recon to find weak points in private companies to decide where to strike.

The government cannot mandate cybersecurity. That means shipping, energy, finance, health care, all private sector, can be vulnerable if companies aren't prepared. All it takes is one component of one company and an entire industry can be derailed.

But because there are no laws demanding basic levels of security, companies that lack the resources, or the will to adequately secure their systems, haven't.

This might prove to be the underbelly of the west.

Russia Used Ukraine to Give Putin a Serious Weapon 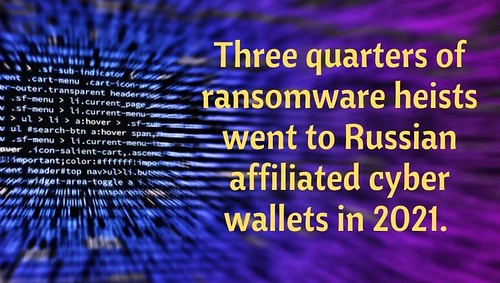 Will Russia and Putin Launch Cybergeddon over Ukraine?

Putin doesn't have to launch the nuclear weapon of cyber attacks on America to make his point. He needs to hit hard enough to make an impact, but not hard enough to trigger a direct response.

America and Russia hold the two largest nuclear arsenals on earth. They know not to get too close in the ring or they will blow up the entire arena.

As of now, there hasn't been any type of cybergeddon type attack anywhere. Many are asking, why? Russia has the capability to do so. What's taking it so long?

Smart money says that Putin doesn't want to goad America and the west into helping Ukraine any more than it already is. He has his hands full fighting Ukraine. Having to fight the west and America would be too much.

At that point, he will be able to anticipate the amount of military resources he needs over the coming years and decide when he is ready to launch his cyberattack.

At this point, a frustrated and angry Putin might want revenge against Europe and America for helping Ukraine.

All of this creates a constant defcon 1 of alert for cyberattacks. As much as there was a need for cybersecurity developers, analysts, consulting firms, and products, the need has risen substantially.

One of the hottest industries of the next decade will be, regretfully, cybersecurity. It will be an opportunity.

What do you see?

The smart money sees what we see, a new institutional threat to the system in the form of Russian cyberattack. The American president stated as such this week. Cyber security stocks and ETFs are outperforming the S&P 500 broader index.

But what about the Nasdaq? Why is one ETF outperforming both by a significant margin while the other is lagging the Nasdaq?

It's the same reason why the best performers are CrowdStrike and Cloudflare. The First Trust Nasdaq CEA Cybersecurity ETF is heavy on cloud security.

The top two performers are companies that focus on securing cloud platforms. The cloud is the future, especially in inflationary times. More companies will go to the cloud to secure their digital assets.

Companies guarding cloud platforms both general and private will be the ones in high demand for the coming decade. We can see it in the price action. 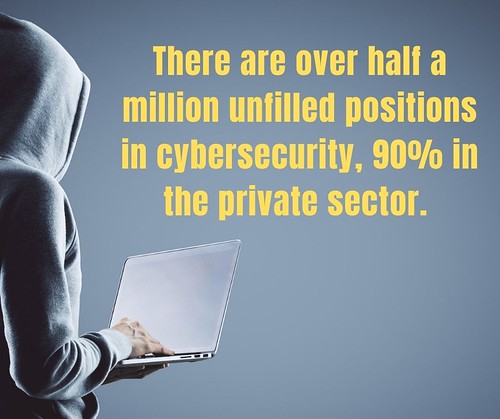 Anyone looking for a job? Cybersecurity might be right for you. Ironically, the best example for the world to look at is Ukraine.

If Russia was successful in cybernuking Ukraine, then Ukrainian President Volodymyr Zelenskyy wouldn't be able to Zoom the American Congress, EU, and Israel with such ease. Ukrainian citizens wouldn't be able to take pictures with their smartphones and send them out to the reaches of the earth.

How does Ukraine withstand so much cyber attacks from Russia?

They have been getting ready for the past decade. They were bombarded with constant attacks and shutdowns to their systems over the past decade and a half as Russian hackers, private and government employed would test out everything they developed on Ukraine.

After withstanding constant attack, Ukraine recruited an army of software developers to figure out how to stave off the constant Russian harassment.

As a result, they have a very robust software industry. Here in Israel, many of the major high-tech companies have development offices in Ukraine.

To combat a new threat, software development became a new hot industry. Look for the same to happen, even more, in America and Europe as the need for security developers grows significantly.

Wage inflation is the primary driver of CPI. A shortage in software developers drives up the price for one of the highest paid jobs in the world. This will be a systematic need. Every company doubles as a software development business, so every IT department will need a larger budget to secure their systems.

Mass migration to the cloud could mitigate some of the cost hikes, but not all.

Along with shortages in Oil, natural gas, and wheat, there will be a shortage in software developers. This will keep inflation moving upward well into the second half of 2022 and probably 2023.

This will likely put the American Congress into Republican hands next year, neutering most policy initiatives by Joe Biden.

The current one is inflation, which will stay high as it will now come from technology, which has been deflationary to the world over the past 30 years.

Just another tectonic change we are seeing over the past handful of weeks.